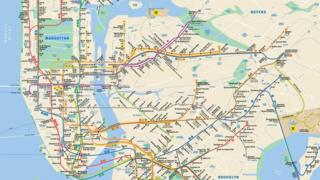 Michael Hertz, the man who designed the map of the New York City subway system, has died aged 87.

In the 1970s his firm, Michael Hertz Associates, was hired by city transport officials to redesign the old map.

At the time, crime was on the rise and subway ridership was at its lowest level since the late 1910s. Few tourists rode trains to see sights.

In an effort to remove some of the straight lines that were disliked by riders, Mr Hertz hired a Japanese designer who rode every subway line with his eyes closed so that he could better depict the curves in the railways.

The map that Mr Hertz debuted in 1979 was tweaked by his firm several times, but the basic design remains.

In 2004, he told the New York Times that he appreciated every time he saw tourists using the map for the first time.

“I still get a pleasure in a subway station when I see somebody in lederhosen looking at the map,” he said.

Coronavirus: Latest developments in the Greater Toronto Area on April 4