Coronavirus: Ohio student confronted after holding house party where everyone has tested positive for virus

Bodycam footage has captured the moment a police officer confronted a student who was hosting a “COVID-19” party where everyone who attended had tested positive for the virus.

The video shows an officer in Oxford, Ohio, talking to one of 20 people at a home near Miami University last Saturday – double the number allowed to meet up in the state under coronavirus restrictions.

The officer orders the group, who were not wearing face masks, to disperse as he asks the man: “So you probably know why I want to talk to you?” 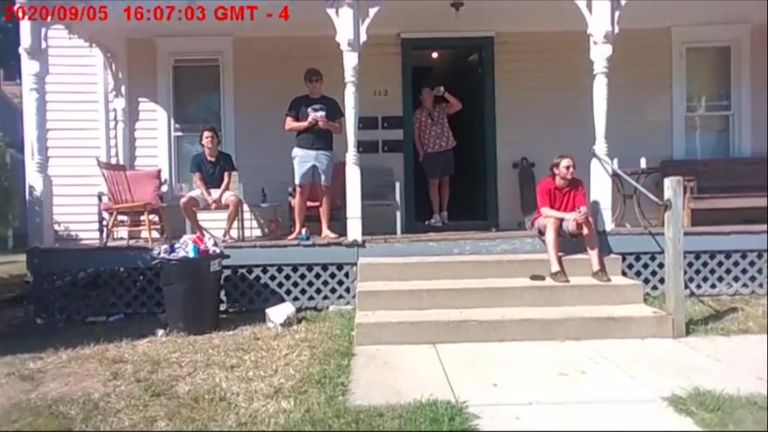 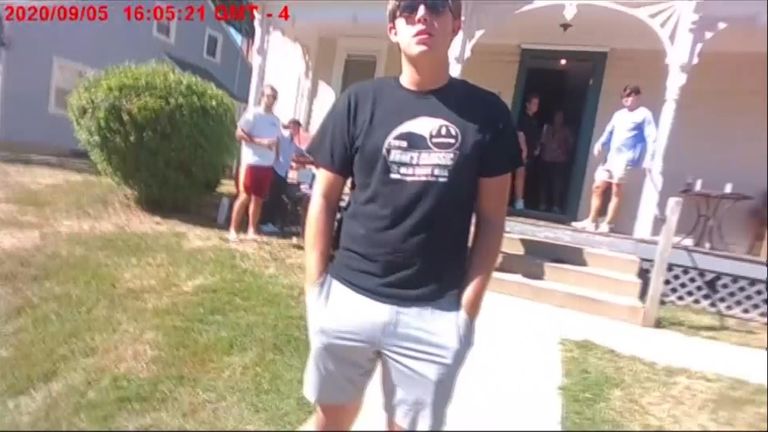 “Just, too many people?” replied the student, who revealed that eight people lived in the property.

The officer is then heard saying “I’ve never seen this before,” as he checks the resident’s ID.

“There’s an input on the computer that you tested positive for COVID?”.

He goes on to admit that he tested positive a week before, and that every single person at the party also has the virus, including two people from the house across the street.

“Oh, God. This is what we’re trying to prevent,” the officer responds in horror.

“We want to keep this town open.”

He then questions why the students were not quarantining for 14 days, as recommended by state and federal health officials.

More than 1,000 Miami University students have tested positive for coronavirus since classes started this term, according to the WKRC news channel.

Governor Mike DeWine said in a briefing that cases at Miami are the reason why Butler County remains at a level three on the state’s public health advisory system.