WASHINGTON – By President Donald Trump’s eldest son’s retelling, Democratic presidential candidate Joe Biden would be the best thing to ever happen to China.

“Beijing Biden is so weak on China that the intelligence community recently assessed that the Chinese Communist Party favours Biden,” said Mr Donald Trump Jr on Monday (Aug 24), the first night of the Republican National Convention (RNC). “They know he’ll weaken us both economically and on a world stage.”

The notion that China prefers Mr Biden to win in November has become the latest Republican line of attack against the Democrats, mentioned several times over the course of the RNC.

It has its roots in a recent assessment by US National Counterintelligence and Security Centre director William Evanina, who said on Aug 7 that China prefers that President Trump – whom Beijing sees as unpredictable – does not win re-election.

Mr Evanina made no mention of whether China viewed a Biden administration as more beneficial for its interests, but this did not stop the president himself from tweeting on Wednesday: “Just In: Chinese State Media and Leaders of CHINA want Biden to win the U.S. Election”.

He added: “If this happened (which it won’t), China would own our Country, and our Record Setting Stock Markets would literally CRASH!”

Being tough on China is not an uncommon strategy in US elections. But this election takes place amid particularly strained relations between the two countries and at a time when the American public’s attitudes towards China are at a historic low, according to a Pew Research Centre poll last month.

Throughout the RNC, Mr Trump’s allies have used China as a punching bag, partially to bolster the president’s achievements in office.

Some blamed China squarely for unleashing the coronavirus on the world, and praised Mr Trump for closing US borders to travellers from China, eliding the fact that 180,000 Americans died of Covid-19 after that.

Vice-President Mike Pence, in a speech that closed the third night of the RNC, lauded Mr Trump’s response to the coronavirus – an electoral vulnerability that has lost him approval ratings.

The US now leads the world in coronavirus cases and deaths, but the Trump administration has sought to shift the focus from its handling of the pandemic to its origin, China.

Said Mr Pence: “Before the first case of the coronavirus spread within the US, the President took unprecedented action and suspended all travel from China, the second-largest economy in the world. That action saved untold American lives.”

Others accused China of robbing Americans of jobs, then credited Mr Trump with bringing these jobs back to America.

Said congressman Matt Gaetz of Florida, a staunch Trump ally: “Joe Biden claims to care about the working man, but millions of good manufacturing jobs were shipped overseas during the Obama-Biden years to countries like China. Donald Trump brought those jobs back.”

Praising Mr Trump for being tough on China and fixing “our unfair trade deals”, Republican National Committee chair Ronna McDaniel said: “President Trump is always going to be tough when he is fighting for the American people because nice guys like Joe cared more about countries like China and Iran than the United States of America.”

The regularity of Republican mentions of China stood in contrast to the Democratic National Convention (DNC) a week before. China was barely mentioned then, even in Mr Biden’s acceptance speech – prompting the Trump campaign to accuse the DNC of having “completely ignored the economic and national security threats posed by China” in a statement on Wednesday.

On Wednesday, the Republican Party also gave a platform to Chinese civil rights activist and lawyer Chen Guangcheng, a prominent critic of China’s one-child policy who left China for the US in 2012 after seeking American diplomatic protection.

Mr Chen, who slammed the Chinese Communist Party as “an enemy of humanity”, endorsed Mr Trump as a champion who would stand up to China.

“The US must use its values of freedom, democracy, and the rule of law, to gather a coalition of other democracies to stop China’s aggression. President Trump has led on this and we need the other countries to join him in this fight,” he said.

It was a chance for Republicans and Democrats to duel over their candidate’s human rights record. On its website, the Trump campaign called Mr Biden’s record on human rights in China “appalling” and accused his son Hunter of profiting from his father’s close ties with China.

But Democrats and even friends of Mr Chen, including his lawyer in China, Mr Teng Biao, said Mr Trump’s own statements undercut his portrayal as a champion of human rights.

“I will never ever support a person who told a dictator to ‘keep building’ the concentration camps in Xinjiang and who labelled Tiananmen democracy movements and Hong Kong protests as ‘riots’,” said Mr Teng on Twitter, referring to comments by Mr Trump that were reported by his former national security advisor John Bolton. 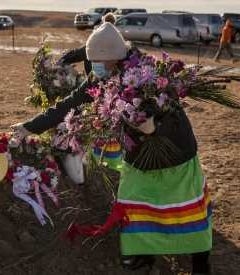 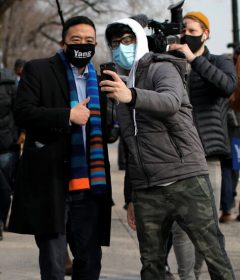 Andrew Yang Is Quarantining After Aide Tests Positive for Virus 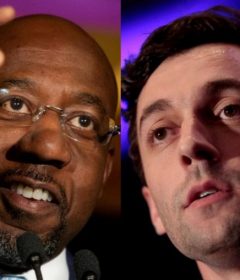