Home » Americas » California Today: What to Know About the Poway Synagogue Shooting

California Today: What to Know About the Poway Synagogue Shooting

(Want to get California Today by email? Here’s the sign-up.)

On Saturday, another community was stunned by an attack on a house of worship.

This time, the place was Poway, a quiet, shaded suburb north of San Diego, where a gunman opened fire at a synagogue during a service on the last day of Passover.

A 60-year-old woman was killed. A rabbi was shot in the hand and two other people were left with shrapnel wounds.

Mayor Steve Vaus of Poway told me he saw the timing of the shooting, a little more than a week after leaders hosted an interfaith event aimed at building strength across the city’s religious communities, as “a bit of a twisted irony.”

I reached Mr. Vaus by phone in the midst of a flurry of interviews in which he said the shooting was a hate crime — a description echoed by President Trump.

Mr. Vaus emphasized that Poway is an “idyllic” place where neighbors have helped one another fend off wildfire flames with garden hoses. Its residents, he said, wouldn’t be “bowed by hatred.”

As for the gunman? “I’m anxious for the suspect to feel the full force of the law,” he said.

The police say a 19-year-old man armed with an AR-15-style gun stormed into the Chabad of Poway synagogue a little before noon on Saturday, yelling anti-Semitic slurs. The synagogue was more full than usual, since it was a holiday.

The congregation’s rabbi, Yisroel Goldstein, tried talking to the man after he opened fire, but he fired again.

Lori Gilbert Kaye died after jumping in front of the rabbi to protect him, according to The Los Angeles Times. The rabbi was hit in both hands.

The gunman left the building, potentially after his weapon malfunctioned, and surrendered to the police a short time later. He was charged with one count of murder and three counts of attempted murder on Sunday morning. Officials said they were investigating whether he posted an anti-Semitic manifesto online before the attack.

Does this fit into any broader patterns?

In a word, yes. Experts said the shooting appeared to fit at the intersection of two troubling trends: Growing anti-Semitism in the United States and a rise in violence both fueled by and partially carried out for the internet.

The shooting put religious leaders on edge and reignited conversations about securing churches, mosques, synagogues and other sacred spaces.

Nevertheless, Rabbi Goldstein said he continued his sermon even as he waited for the authorities to arrive at the synagogue, because “it was just 70 years ago during the Holocaust we were gunned down like this, and I just want to let my fellow Americans know that we’re not going to let this happen,” he said.

Here’s what else you may have missed this weekend

(We often link to sites that limit access for nonsubscribers. We appreciate your reading Times stories, but we’d also encourage you to support local news if you can.) 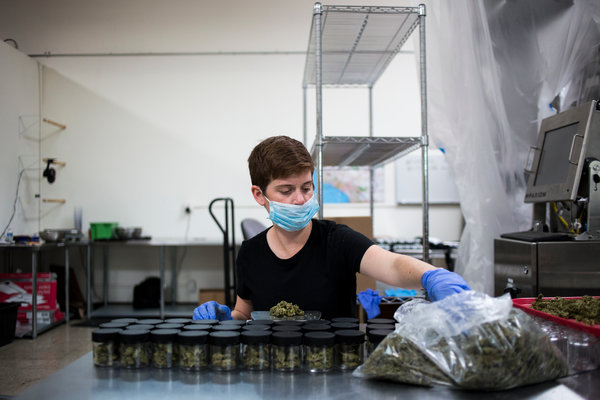 • About a year ago, California legalized recreational marijuana. The illegal market is still peeling off business. [The New York Times]

• The police said the man who intentionally plowed into a crowd of pedestrians in Sunnyvale, injuring eight people, did so in part because he thought some were Muslim. [The New York Times]

• And the crash rattled the Bay Area Muslim community. [The San Francisco Chronicle]

• Los Angeles Fire Department officials said their response to the devastating Woolsey Fire was distracted by requests from local politicians to check on specific addresses. [The Los Angeles Times]

• Families from China allegedly paid millions to William Singer, the man prosecutors say was the architect of the college admissions fraud scheme. But the lawyer for one young woman who attended high school in San Juan Capistrano and was a freshman at Yale said neither the student nor her family knew the $1.2 million they paid to guarantee her admission was going to a bribe. [The New York Times]

• The New York Times editorial board argues that increasing housing supply is one answer to the affordability crisis. And State Senator Scott Wiener’s S.B. 50 is the most promising way to achieve that. [New York Times Opinion]

• Uber is set to start its I.P.O. road show this week. That means you’ll be hearing about how the company is a lot like Amazon. [The New York Times]

• In a reversal, movie theaters actually raked it in over the weekend, with the record-shattering $1.2 billion opening of “Avengers: Endgame.” [The New York Times]

• The Warriors coach Steve Kerr must have been feeling a sense of urgency ahead of the team’s opening game against the Houston Rockets; he made a big lineup change, making sure his most accomplished lineup was on the court from the start. [The New York Times]

Last week, I wrote about the National Trust for Historic Preservation’s “40 Under 40” list, a roster of places that aren’t yet old enough to be historic, but are worth preserving nonetheless. I asked you for sites that fit the bill in California.

I got pointers about sites across the state. But with a boost from the podcast East Bay Yesterday on Twitter, several were truly odd structures around the Bay Area. One was Eugene Tssui’s “fish house” — the plans for which caused an uproar in the Berkeley neighborhood where it was built in about 1995. There were shingled geodesic domes tucked behind the Oakland hills in a quirky community known as Canyon — although some of those may have been built in the 1960s, making them a little older than the others.

And then, I got emails from readers about the “Flintstone House,” a home that’s drawn national attention for its commitment to a theme.