Home » Americas » California Is ‘Pulling the Emergency Brake’ on Reopening

California Is ‘Pulling the Emergency Brake’ on Reopening 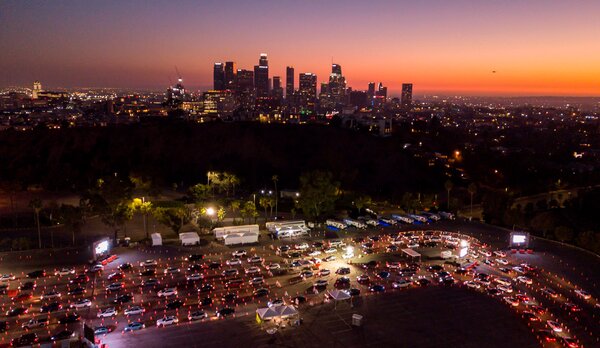 Californians who have been keeping a wary eye on the state’s rising Covid numbers and wondering whether the hammer might fall got their answer on Monday: Gov. Gavin Newsom announced that the state was “pulling the emergency brake” on its reopening plan, reinstating broad restrictions across much of the state.

“We’re moving from a marathon to a sprint,” Mr. Newsom said.

In those counties, restaurants, gyms and houses of worship will have to shut down unless they can move outdoors.

Mr. Newsom said health care facilities that were set up near the beginning of the pandemic at arenas and other large spaces were being prepared to quickly open for patients, if necessary. One such facility will open in the next week or so in Imperial County, which was overwhelmed by Covid over the summer, he said.

The state is also looking into a possible curfew and will adjust restriction levels more frequently than has been the case.

The announcement came as the United States reported its 11 millionth confirmed case on Sunday, with a recent average of 150,000 new cases a day, and will probably reach 250,000 total deaths sometime this week. One million cases were recorded in the country over the past week alone.

Daily case reports are rising in 48 states, and with little action from the Trump administration, governors and mayors across the country are taking new steps to try to halt the spread. On Monday, a sweeping stay-at-home advisory went into effect in Chicago. New Mexico is under a two-week lockdown, and North Dakota has imposed a mask mandate.

While the dire outlook across the rest of the country has perhaps made California look almost stable by comparison, Mr. Newsom said that California’s daily case numbers had doubled in the last 10 days, the fastest increase the state had seen since the beginning of the pandemic.

The state reached one million known cases on Nov. 12, and the next day issued travel advisories, along with Oregon and Washington.

The increases, the governor said, cross age and racial or ethnic groups and appear throughout the state.

State leaders, including Mr. Newsom, have told residents not to gather with people from outside their households, and to resist visiting relatives over the holidays.

Much of the recent rise in cases, state officials say, appears to have grown from at-home parties or family gatherings.

But in what is likely to be remembered as one of the governor’s more damaging — not to mention embarrassing — episodes of the pandemic, The San Francisco Chronicle reported that Mr. Newsom attended an outdoor dinner for one of his political advisers at the French Laundry, the famed Napa Valley destination, with guests from several households.

[Read about California’s rules for gathering.]

The gathering did not technically violate the state’s rules, because there is no formal limit on the number of households at each outdoor restaurant table, but as critics noted, the governor’s attendance undermined the spirit of restrictions.

Mr. Newsom apologized on Monday, saying that he should have turned around and left when he realized there were more guests at the party than he expected.

“You own the mistake and you don’t ever make it again,” he said. “I expect more from myself and you have that commitment in my resolve.”

That “Covid fatigue,” he said, is real.

Dr. Bob Wachter, a professor and chair of the University of California, San Francisco’s department of medicine, told me on Monday that the moves by the state seemed prudent in light of rising case numbers.

“This strikes me as a reasonable set of actions, particularly with Thanksgiving coming up,” Dr. Wachter said. “Whether or not it’s enough, I guess we’ll see.”

Doctors and nurses are burning out and calling it quits under the prolonged stress of the pandemic. [The New York Times]

The governor wasn’t the only California lawmaker not leading by example: An unknown number of legislators went to an annual summit in Maui even as the state announced travel advisories and restrictions. [The Sacramento Bee]

Catch up on the French Laundry birthday party the governor attended. [The San Francisco Chronicle]

And read about Jason Kinney, the political operative whose birthday it was. [Politico]

Over the weekend, reports of empty shelves prompted grocers to reinstate limits on buying items like hand soap and toilet paper. [The San Diego Union-Tribune]

California’s new guidelines have left Bay Area health officials scrambling to decide what to do about college football games scheduled for this weekend. [The Mercury News]

Basic training for Marine recruits looks different during Covid. But the fundamentals of discipline are the same. The case rates suggest it’s working to keep spread low among the ranks. [The New York Times]

Wearable trackers are the next phase of early Covid detection. But they could also usher in more invasive forms of surveillance. [The New York Times]

The incoming administration is intent on keeping the Department of Homeland Security, which has been bent to President Trump’s will. Still, big changes are coming, as President-elect Joe Biden works to roll back Trump administration immigration policies. [The New York Times]

“Politics plays a role.” In 2019, hate crimes in the United States rose to their highest level in more than a decade. [The New York Times]

The University of California system agreed to pay $73 million to more than 5,500 women who were patients of a former U.C.L.A. gynecologist charged with sexual assault. [The New York Times]

Five people were charged in the toppling of a Junipero Serra statue in San Rafael amid protests over the colonization of California and the displacement and killings of Native Americans. San Francisco’s archbishop applauded the charges. [Religion News Service]