The governor of Texas issued a disaster declaration on Sunday for a Gulf Coast county where a 6-year-old boy died after being infected by a brain-eating amoeba and the organism was found in the water supply.

In early September, Brazoria County health officials alerted the city of Lake Jackson, Texas, about 56 miles south of Houston, about a boy who was hospitalized with the amoeba, Naegleria fowleri. The organism is typically found in warm freshwater lakes and rivers, and people are exposed when it enters the body through the nose, according to the Centers for Disease Control and Prevention. It travels up the nose to the brain, where it destroys brain tissue.

The boy’s family believed he had been exposed to the single-celled organism from a water hose at his home or from a city splash pad, where water spurts up from the ground, city officials said in a news release. The city closed the splash pad, and multiple tests were conducted with help from the C.D.C. and the Texas Department of State Health Services.

Three of the 11 samples collected tested “preliminary positive.” Those samples were from a “dead end fire hydrant downtown,” a “splash pad storage tank” and the boy’s “home hose bib,” according to the city.

On Friday evening, the Brazosport Water Authority released a “do not use” water advisory for eight Texas cities, under direction from the Texas Commission on Environmental Quality. By Saturday, the warning was lifted in all cities — except for Lake Jackson — and Mayor Bob Sipple of Lake Jackson issued a disaster declaration.

“The impact of this threat is severe,” the mayor said in an emergency request to Gov. Greg Abbott of Texas. “The potential damages include: sickness and death.”

Later Saturday evening, the warning was lifted from the city, but officials placed a boil notice into effect. Over the weekend, Lake Jackson residents flocked to grocery stores, stocking up on water bottles in light of city advisories.

People cannot be infected by drinking water containing the amoeba, according to the C.D.C. 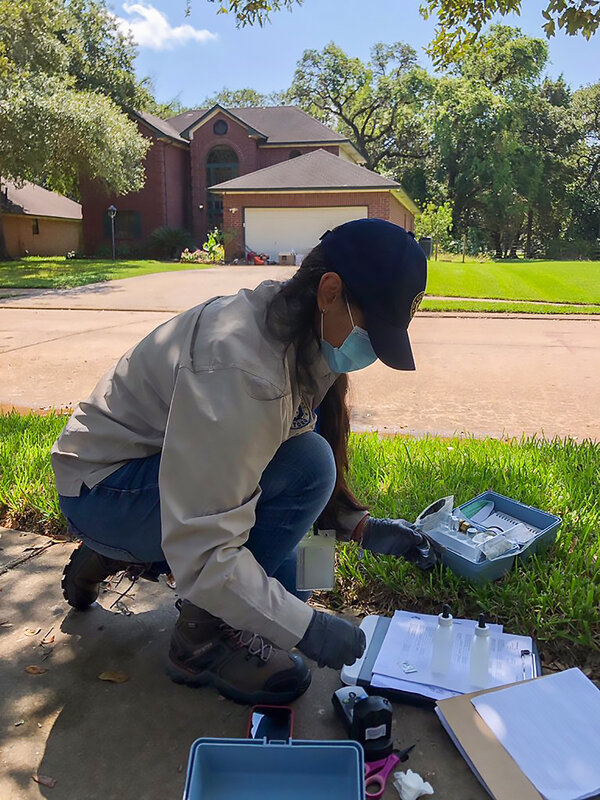 The Texas Commission on Environmental Quality recommends people avoid water-related activities and remain vigilant to water going into the nose while bathing. The agency said it was working with city officials “on a plan to flush and disinfect the water system.”

Mr. Abbott released a disaster declaration Sunday afternoon for Brazoria County, which encompasses Lake Jackson. The designation authorizes the use of additional state resources to deal with the emergency.

Brian McGovern, a spokesman for the Texas Commission on Environmental Quality, said danger from the amoeba comes from water entering the body through the nose. “If it gets up into the nose, that can cause a rare but lethal infection,” Mr. McGovern said.

The yearly number of cases ranges from zero to eight, the C.D.C. reports. Most cases documented in the United States have occurred in children and adolescents.

In Asia, US' Pompeo expected to bolster allies against China