Home » Americas » Boy, 14, arrested for 'brutally murdering his own mother'

Boy, 14, arrested for 'brutally murdering his own mother'

A 14-year-old boy has been arrested on suspicion of brutally murdering his own mother.

The teenager, whose name has not being released because of his age, was being held on suspicion for second degree murder of Tiana Keen, 45, due to an incident which took place on Sunday in Marana, Arizona, police said.

Keen was found dead inside a home with obvious signs of trauma, according to police. They have yet to offer more detail on how Keen was killed, or share a possible motive for her murder.

The mother and her son were visiting from out of town, although no information has been given on the purpose of their trip.

Keen’s sister, Jennifer Keen, wrote a message on Facebook asking for some time to deal with the loss.

‘At this time, we are asking that you respect our family’s privacy,’ Jennifer Keen said. ‘We will share information when the time is right.’

Another friend, Luis Olivas, wrote on Facebook, ‘Shocked and saddened by the passing of my friend.’

‘You will be missed very much,’ Olivas wrote.

The investigation is still ongoing at this time, and it is unclear if the teenager will be charged as an adult over his mother’s murder 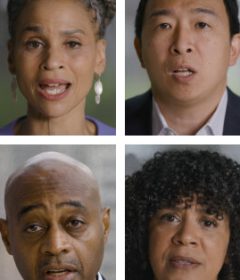