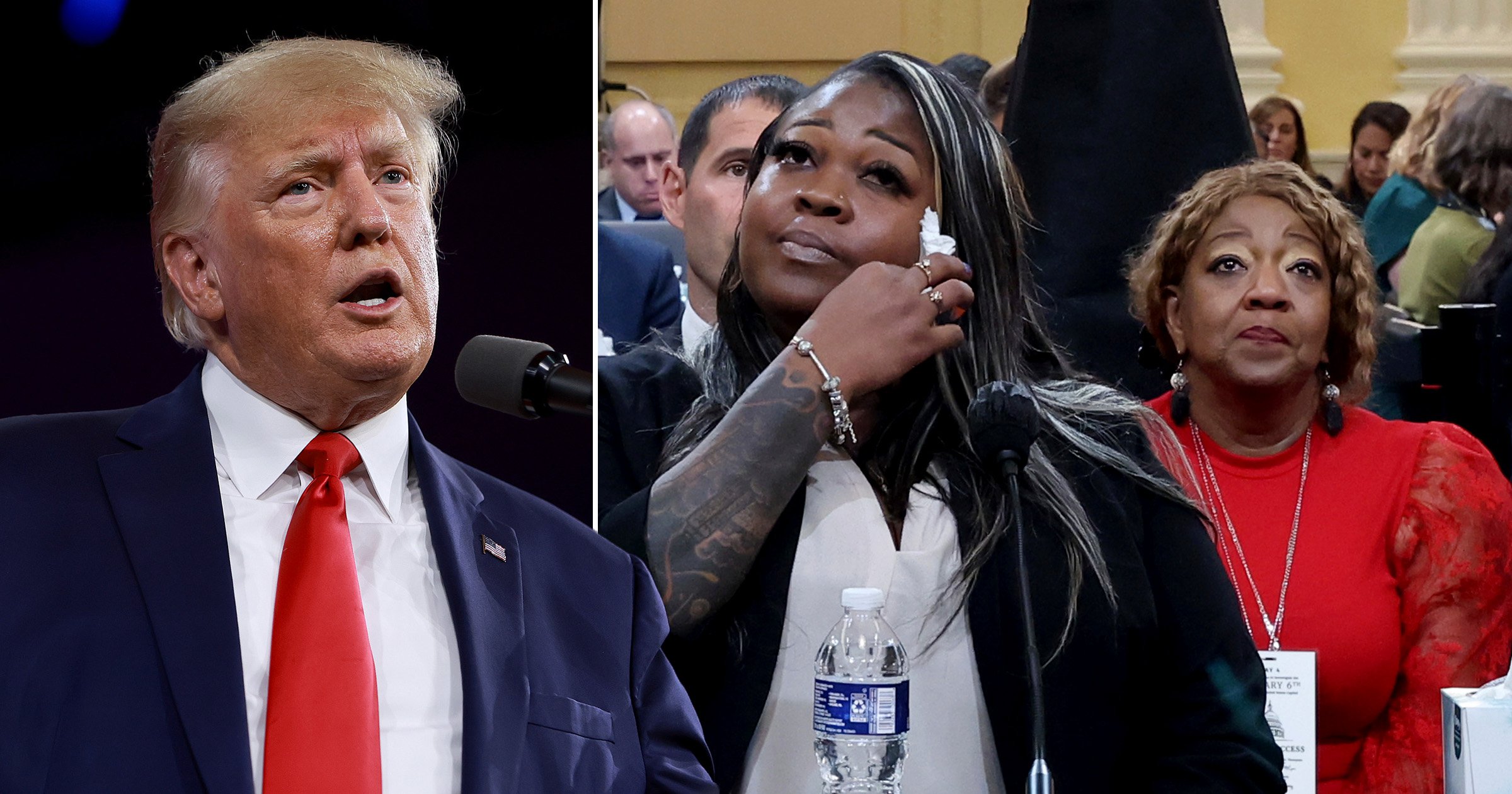 Distressed Georgia election officials recounted how former President Donald Trump and his team pressured them to overturn the results, with one live witness sharing racist threats.

Wandrea ‘Shaye’ Moss, a former Fulton County election worker and black woman, quivered on Tuesday as she detailed fallout from Trump’s campaign accusing her and her mother Ruby Freeman of pulling fake mail-in ballots from suitcases on Election Day.

Trump’s personal lawyer Rudy Giuliani seized video of Moss and Freeman during the ballot counting and falsely claimed that they were passing USB drives ‘like vials of heroin or cocaine’.

Moss said her bosses informed her about the video and to check her Facebook, which she opened and saw was slammed with threats.

In the video, Moss said her mother was only handing her a ‘gingermint’.

The committee also played clips of Freeman in a private interview with investigators.

‘I’m scared to give my name during food orders,’ said Freeman. ‘I’ve lost my name and my reputation, and I’ve lost my sense of security.’

The next committee hearing is scheduled for Thursday at 3pm with a focus on pressure Trump placed on officials at the Department of Justice to overturn the election results.