WASHINGTON (NYTIMES) – Four years ago, Mrs Wanda Dench did not know her grandson had changed his phone number when she invited him to her house for Thanksgiving dinner at 3pm sharp.

First there was confusion from the apparent stranger on the receiving end of the text, then an exchange of selfies.

“You not my grandma,” texted Jamal Hinton, then a 17-year-old high school senior. “Can I still get a plate though?”

In response, Mrs Dench, now 63, messaged back: “Of course you can. That’s what grandma’s do…feed every one.”

Thus began a holiday tradition that has charmed the world.

Mr Hinton tweeted photos of their exchange, promptly drawing the Internet’s attention; Mrs Dench received so many requests for plates that year that she had to change her number.

A few weeks later, Mr Hinton took Mrs Dench up on the offer, and the pair and their families celebrated that Thanksgiving together – and each one since.

Their holiday tradition has drawn attention every year.

Mrs Dench even has an entry as “Thanksgiving Grandma” at KnowYourMeme, the online database of the Internet’s favourite moments. When her husband, Lonnie, died of Covid-19 in April, it, too, made headlines.

This year’s holiday will be different for Thanksgiving Grandma, as it will for millions of other people.

Mrs Dench and Mr Hinton held a small dinner on Friday, where they gave thanks and talked about their friendship and Mr Dench’s death, Mrs Dench said.

“I always remember Lonnie looking at the bright side of things,” Mr Hinton said. “He would want us to celebrate his life instead of hating Covid and hating everything.”

As more than a quarter of a million people in the United States have died from the coronavirus, a collective grief has swept the country. In many households, the loss is personal and tangible: an empty seat at the dinner table.

When Mrs Dench and Mr Hinton first met, the country was going through a similarly turbulent time during an election year with heated racial tension, Mr Hinton said. He thinks their texts offered a holiday reprieve from a harsh reality. 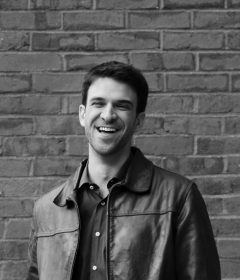 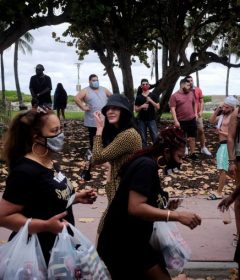 US could be headed for another virus spike, warns Fauci 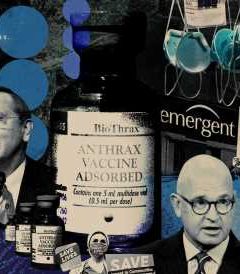 How One Firm Put an ‘Extraordinary Burden’ on the U.S.’s Troubled Stockpile