Acosta gives no indication he’d resign after calls by Democrats for him to step down over handling of 2008 plea deal. 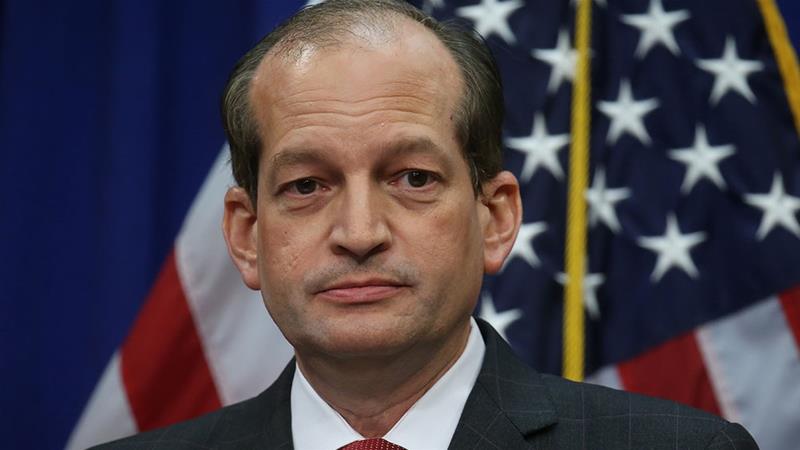 US Labor Secretary Alexander Acosta on Wednesday defended a non-prosecution agreement he approved more than 10 years ago with financier Jeffrey Epstein, who has now been charged with the sex trafficking of underage girls.

Acosta, a United States federal prosecutor in south Florida at the time, is being assailed for his part in a secret 2008 plea deal that let Epstein avoid federal prosecution on charges that he molested teenage girls. But he was unapologetic Wednesday as he declared his office did the best it could under the circumstances.

Acosta has long made the case that it was better to use the threat of a federal indictment to force Epstein into a state guilty plea, with restitution to victims and registration as a sex offender, than it would have been to “roll the dice” and take Epstein to trial. But the result, to critics, was egregiously lenient.

Acosta’s office had gotten to the point of drafting an indictment that could have sent Epstein to federal prison for life. But it was never filed, leading to Epstein’s guilty plea to two state prostitution-related charges. Epstein served 13 months in a work-release programme. He was also required to make payments to victims and register as a sex offender. A judge earlier this year ruled the deal was illegal.

Acosta said that had his office not been involved, Epstein would have only faced one charge from state prosecutors.

“Without the work of our prosecutors, Epstein would have gotten away with just that state charge,” Acosta said. “He was and is a sexual predator.”

During a press conference on Wednesday, Acosta gave no indication he would resign after days of calls by Democrats for him to step down and said he has the support of Republican President Donald Trump.

“My relationship with the president is outstanding,” Acosta said.

The labour secretary would not say if he would make the same decision regarding Epstein again today.

“We live in a different world; today’s world does not allow some of the victim shaming that would have taken place at trial 12 years ago,” Acosta said. “I don’t think we can say, take a case that is this old and fully know how it would play out today.”

The deal Acosta helped broker has come under new and intense scrutiny after prosecutors in New York on Monday brought new child sex-trafficking charges alleging Epstein abused dozens of girls, some as young as 14, in the early 2000s, paying them hundreds of dollars in cash for massages, then molesting them at his homes in Florida and New York. Epstein has pleaded not guilty to the charges. If convicted he could be imprisoned for the rest of his life. 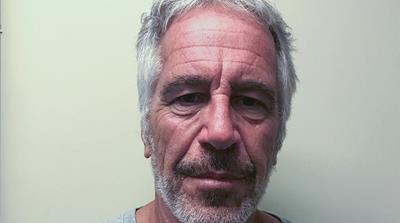 The US Department of Justice’s Office of Professional Responsibility, which investigates alleged misconduct by department lawyers is reviewing how Acosta and the other prosecutors in the US Attorney’s Office for the Southern District of Florida handled the Epstein deal.

Most of its findings are heavily redacted and do not name people subject to its inquiries, although it has issued public reports in some high-profile matters in the past.

The Justice Department disclosed the review into Acosta earlier this year after Republican US Senator Ben Sasse raised concerns about the handling of the Epstein case with then-Deputy Attorney General Rod Rosenstein, according to a person familiar with their conversation.

The status of the review is unknown. The Justice Department has said Attorney General Barr is recused from the matter because of his prior employment with the law firm Kirkland & Ellis, which represented Epstein at the time. Acosta also previously worked for the firm.

Democrats in Congress have called for Acosta to resign, over what has been referred to as the “sweetheart deal” and urged the Justice Department to release its review publicly.

Many Senate Republicans have taken a wait-and-see approach.

Trump has, so far, defended Acosta, praising his work as labour secretary and saying he felt “very badly” for him “because I’ve known him as being somebody that works so hard and has done such a good job.” Still, he said, he would be looking at the circumstances of the case “very closely”.

Trump, who had once praised Epstein as “a terrific guy”, also dissociated himself Tuesday from the wealthy hedge fund manager now charged with abusing minors, saying the two had a falling out 15 or so years ago and had not spoken since.

Alan Dershowitz, a lawyer who defended Epstein in the Florida case, defended the deal in a televised interview with CBS News on Wednesday, “The feds thought it was the best they could do.”

Lawyer Brad Edwards, who represented 13 women who have accused Epstein of sex crimes, separately told CBS News that more potential victims have come forward since Monday and that he estimates there are “well in excess of 50”.

He added the government had a strong case against Epstein in Florida and it was unclear why Acosta struck the deal without notifying victims.

“He has a lot of explaining to do,” Edwards said.