Home » Americas » After Months of Election Mishaps, Can N.Y.C. Pull Off Early Voting?

New York City election officials announced with fanfare that early voting sites would be established at two cavernous arenas — Madison Square Garden and Barclays Center. But there was a catch: most people can’t use them.

Election officials are opening only 18 sites in Queens when early voting starts on Saturday, far less than recommended under state law. And frustration has grown among some voters because their assigned voting locations are farther away and different from the poll site they typically go to on Election Day.

New York is carrying out early voting in a presidential election for the first time in its history, an initiative that supporters say will fundamentally change the democratic process in the state and sharply increase voter turnout.

But the city’s spotty track record handling elections has raised fears that early voting could be marred by the kind of chaotic operations and long waits that have occurred in some other states.

The city’s Board of Elections, a quasi-independent agency controlled by the two major parties, has come under intense scrutiny because of earlier failures this year. The board, which has long faced accusations of patronage and incompetence, is now facing yet another test with this pandemic-era presidential election.

It was forced to scramble to recruit enough poll workers and secure poll sites, keeping the health and safety of workers and voters in mind. An increase in mail-in voting could lessen problems at the polls, but it took more than six weeks for the board to tally some races in the Democratic primary in June because of widespread problems with mail-in voting. Then in September, the board mailed ballots with wrong names and addresses to as many as 100,000 voters in Brooklyn because of a printing error. 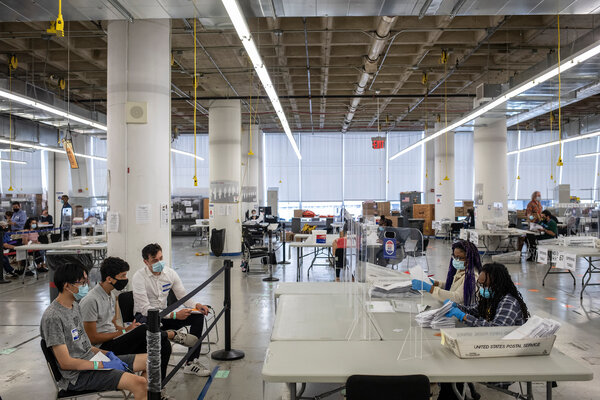 “Pretty much everything has changed about voting since the last time that many voters cast a ballot,” said Amy Loprest, executive director of the New York City Campaign Finance Board. “It’s important for people to know that there might be challenges, but it’s also important for people to know that voting is the most direct way to show the world what we want the future to look like.”

Michael Ryan, the board’s executive director, has defended the board’s preparations. At a meeting on Tuesday, he noted “a continued and steady increase” in the number of early voting locations, from 61 sites in 2019 to 88 locations for the upcoming election.

“It’s something that we should be proud of as a board, that we’re providing as many opportunities for the voters to participate as we can, especially in the face of the Covid-19 pandemic,” Mr. Ryan said during a board meeting.

Voters will be allowed to vote early at a designated poll site for nine days, from Oct. 24 to Nov. 1. Polls are open as early as 7 a.m. and as late as 8 p.m., depending on the day. Election Day is Nov. 3.

Only 1 percent of New York City’s eligible voters cast ballots early in the June primaries, and the rollout was widely considered a success. There were barely any lines, and workers enforced social distancing rules and sanitized voting equipment.

But many more people might opt to vote in person — either early or on Election Day — because of the way the Postal Service and the Board of Elections have handled an influx of absentee ballots, election watchdogs said.

Overall participation is also expected to be higher: Total voter turnout for the election could reach 70 percent in the city, or as many as 3.3 million of 4.7 million active voters, compared to 60 percent in the 2016 general election, according to one estimate.

And even though more than one million voters have already requested absentee ballots in New York City, officials are encouraging voting in person as a safe alternative.

“My advice to voters is that going to a poll site is no riskier than going to a grocery store,” said Douglas Kellner, a Democratic co-chairman of the New York State Board of Elections.

Election officials have said they expect lines to be shorter during early voting because many people are unfamiliar with the option, despite a recent public messaging campaign through social media, subway ads and mailers.

New York is a relative newcomer to early voting, which Democrats in the State Legislature approved last year when they overhauled the state’s voting laws, among the more restrictive in the nation.

But early voting will play out differently depending on where you live.

As in many other states, New York voters outside the city will be able to vote at any early voting location in their county, allowing them to vote near their workplace, school or wherever is most convenient for them.

But that’s not the case in New York City, where voters are assigned locations near their home addresses. That’s a crucial caveat that election officials are stressing to voters, who should look up their assigned locations online.

Mr. Ryan has previously said that the board chose to assign early voters to designated locations because of technical limitations. He has also pledged to shift to a system where voters can cast a ballot at any location in their borough.

The board did not make Mr. Ryan available for an interview and did not respond to questions.

The addition of the two basketball stadiums as poll sites was partly the result of negotiations between the N.B.A. and its players’ association to resume the playoffs. The games were postponed when players sat out for several days in protest over the police shooting of Jacob Blake, a Black man in Wisconsin. Election officials, however, say they had been in talks with the arenas before the protests.

Madison Square Garden will serve at least 50,000 of 1.2 million voters in Manhattan during early voting, while 30,000 early voters will be assigned to Barclays Center in Brooklyn.

“I’ve heard anecdotally and we’ve seen from the data that some people live as much as a mile away from their early voting site,” said Laura Wood, a senior adviser and general counsel to the mayor’s DemocracyNYC initiative, which aims to increase voter participation. “We think that everyone should be able to vote at Madison Square Garden if they wanted to.”

Ms. Wood criticized the board for not being creative enough in picking additional sites, highlighting the potential for using empty retail stores, outdoor spaces and more cultural institutions, even though many museums have objected to serving as poll sites.

State law says there should ideally be at least one early voting site for every 50,000 voters, even though counties are not required to have more than seven locations.

But Manhattan, for example, has 16 early voting sites, or one for every 75,000 registered voters, while Queens has one location for every 72,000 voters. That ratio could place a larger strain on those locations than, say, poll sites in Staten Island, where 10 sites serve about 32,000 voters on average.

City officials estimate there should ideally be at least 104 early voting locations citywide. And forcing voters to go to one specific site, rather than allowing them to vote anywhere in the city or their borough, diminishes an important factor in getting people to the polls: convenience.

“Part of the idea of early voting is to have more opportunities for people to vote — weekend hours and evening hours and more days that you can do it — but that convenience is lessened when you give people fewer options for voting during that time period,” said Sean Morales-Doyle, a deputy director at the Brennan Center for Justice at New York University School of Law.

Still, he noted that the effect of constraining a voter to a location in their neighborhood might be diluted with so many people working from home during the pandemic. Voters are also permitted to drop off their absentee ballot in person at any early voting location.

While finding enough early poll sites has been a struggle for election officials, securing existing ones has also proved a challenge.

Richard A. Carranza, the schools chancellor, did not want the elections board to use 20 school buildings and nine child care centers as early voting sites, claiming that allowing voters into school facilities would be disruptive to students and teachers. Unlike on Election Day, when schools are closed, schools will remain open during the early voting period.

“Buildings with children that are hosting school instruction should not top the list,” Mr. Carranza wrote in a letter last month demanding the board find alternative sites.

There were also fears that 20 polling sites were in danger of closing because of Gov. Andrew M. Cuomo’s decision to close more than 100 schools in parts of Queens and Brooklyn where coronavirus cases have surged.

On Tuesday, however, Mr. Ryan said those locations will open for early voting as planned.

Even with more people voting early and an anticipated crush of mail-in ballots, officials are warning of potentially serpentine lines on Election Day, which might be inherently longer to maintain social distancing.

Mr. Kellner, the co-chairman of the state elections board, recommended voting early. “Based on historical evidence, there will be Election Day poll sites with very long lines,” he said, “and the way to avoid those long lines is to go to an early voting site before Election Day.” 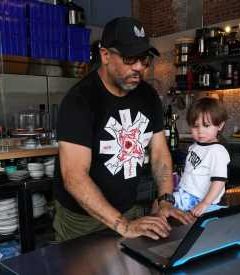 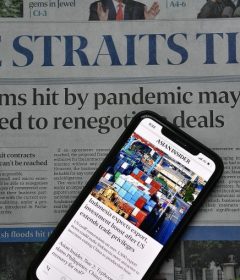 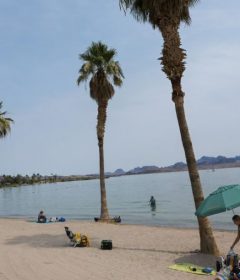