Adam Kolton, an environmentalist and longtime defender of the Arctic National Wildlife Refuge in Alaska against oil and gas development, died on April 26 at a hospital in Bethesda, Md. He was 53 and lived in Bethesda.

The cause was cancer, his wife, Laura, said.

Through his work with two Washington, D.C.-based conservation groups, the Alaska Wilderness League and the National Wildlife Federation, Mr. Kolton was at the forefront of the fight to protect the refuge, a pristine wilderness the size of South Carolina that has long been prized by oil companies and Alaska lawmakers.

Part of the refuge along the Arctic Ocean — a coastal plain frequented by polar bears, migrating caribou and other wildlife — is thought to lie over billions of barrels of oil.

Over the years, Mr. Kolton pursued his goal with members of Congress and White House officials of both parties. In frequent visits to Alaska, he also worked with Native groups, including the Gwich’in, who live near the refuge.

“He was the mastermind of the strategy for Arctic defense for 20 years,” said Collin O’Mara, president of the National Wildlife Federation, where Mr. Kolton worked from 2002 to 2017. “His fingerprints were on everything.”

The Alaska Wilderness League hired Mr. Kolton in 1997, and several years later helped beat back efforts by congressional Republicans, supported by the administration of President George W. Bush, to allow exploratory drilling for oil and gas in the coastal plain.

At one point Republicans tried to insert a drilling provision into a budget bill. That went nowhere because some moderate Republicans favored keeping the refuge protected.

Mr. Kolton remained wary, concerned that Republicans might try “sneaking” a provision into other legislation, as he told The New York Times. “There are unfortunately numerous ways they could try to defy the will of the American people,” he said.

Adam Michael Kolton was born on Feb. 20, 1968, in Chicago and raised in Westfield, N.J., where his mother, Carol (Abt) Kolton, was a social worker and his father, Chet Kolton, was president of a plastics and packaging manufacturer. Adam graduated from the University of Wisconsin, majoring in history and journalism.

In addition to his wife, he is survived by his parents; a sister, Lisa Kolton; and two sons, Samuel and Jacob.

It was during a summer in college that Mr. Kolton first developed a love for the outdoors, when he took a job as a busboy at a lodge in Yellowstone National Park. He later wrote that while he had disliked the work, “the reward was being able to take nearly three days off each week to experience this mesmerizing landscape, its wildlife, geothermal features and more.” 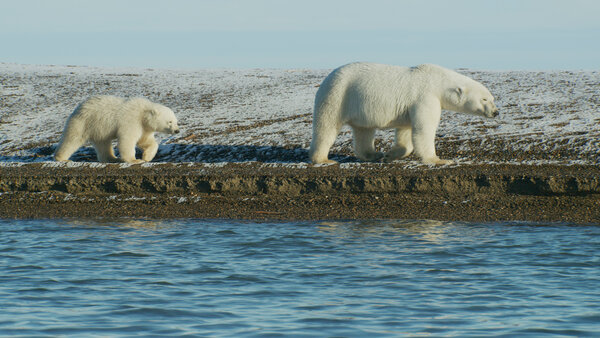 His first brush with Congress, however, involved baseball, not the environment. A rabid fan of the New York Mets since boyhood, and alarmed by the high cost of watching games, in the early 1990s he and a friend formed what he boldly described as “the largest nonprofit fan advocacy group in the country.” (Which was accurate, although it had only 3,000 members.)

Then came the 1994 baseball strike and a canceled season. Mr. Kolton was invited to testify at a House hearing on revoking baseball’s longstanding exemption from antitrust laws, which he viewed as a “giant permission slip” to let team owners treat fans with disdain.

Sitting with other witnesses, including Bud Selig, the baseball commissioner, Mr. Kolton told the House panel that it was frustrating to constantly hear that the exemption was a matter of importance only to owners and players. “Mr. Chairman,” he intoned, with a confidence belying his young age, “this is a public policy issue of overwhelming concern to the American people.”

Within a few years the Arctic refuge, and protecting it, became his obsession. In a 2001 article in The Times announcing their wedding, Ms. Kolton described her first encounter with the man who would become her husband, at a New Year’s Eve party in New York three years before.

“We started talking politics, and he gave me his best pitch on the need to protect the Arctic National Wildlife Refuge,” Ms. Kolton told The Times. He mentioned some legislation, and although she wasn’t familiar with it, she “played along because I thought he was cute.”

Mr. Kolton left the Wilderness League in 2002 for the National Wildlife Federation and eventually became its vice president for national advocacy. In addition to the refuge, he worked on protecting public lands elsewhere, on reforming the policies of the Army Corps of Engineers and other issues.

He returned to the Wilderness League, as executive director, in 2017 — in time to see his 2001 concerns about “sneaking” a drilling provision into legislation become reality. Republicans, backed by President Donald J. Trump’s administration, included in Congress’s sweeping 2017 tax bill language establishing a program to sell oil and gas leases on the coastal plain. The legislation passed both chambers.

Mr. Kolton knew that “the politics of the Arctic are so precarious,” said Tom Campion, a longtime Wilderness League board member. “You’ve got to win every time. You lose once and it’s over.”

Although this time it wasn’t quite over. Ever the optimist, Mr. Kolton, along with other environmentalists, kept up the fight. The Wilderness League was one of a number of groups that sued the Trump administration, arguing that environmental reviews of the impact of a lease sale had been rushed and faulty. And Mr. Kolton was instrumental in developing a new strategy to keep drilling rigs out of the refuge, Mr. Mara said, by pressuring banks not to lend money to oil companies for projects there.

A lease sale was eventually held in the waning days of the Trump White House. But with many legal questions about the process still unresolved, and President Biden opposed to drilling in the refuge, the area remains off limits to the rigs for now.

Representative Jared Huffman, a California Democrat who has led much of the congressional opposition to development in the refuge, said Mr. Kolton had “understood that protecting the refuge involved the full suite of tools, including public opinion and advocacy in Congress and in the courts.

“His thoughtful and relentless work,” he said, “is a big reason why, despite endless pressure to open up these areas to oil and gas development, it hasn’t happened yet.”