A vaccine for kids? Prepare to wait

Parents, brace yourselves: You may be able to get a coronavirus vaccine by next summer, but your kids will have to wait longer — perhaps a lot longer.

While a number of vaccines for adults are in advanced clinical trials, there are currently no trials in the United States to determine whether they’re safe and effective for children.

“ I’m pretty worried that we won’t have a vaccine available for kids by the start of next school year,” said Dr. Evan Anderson, aprofessor at the Emory University School of Medicine.

Children’s vaccine needs are different than those of adults. Pediatric immune systems can respond differently to a vaccine, and even children among different age groups might vary in their responses. And because children are less likely to get seriously sick from Covid-19, the bar will be especially high to make sure there are no adverse side effects.

Whenever pediatric trials do begin, it could take a year or more for the vaccines to become available to the general public. That extends the timeline out until the latter half of next year, said Carl Zimmer, who reported the story for The Times.

“If children are vaccinated by the fall of 2021, and if the rates are low in their community, you can imagine getting back to life as normal,” he told us. “But if rates are still high and vaccines aren’t ready until spring of 2022, then all the stuff we’re struggling now with kids in school will still be continuing a year from now.”

His takeaway? “Everybody’s got to get ready for a long winter.” 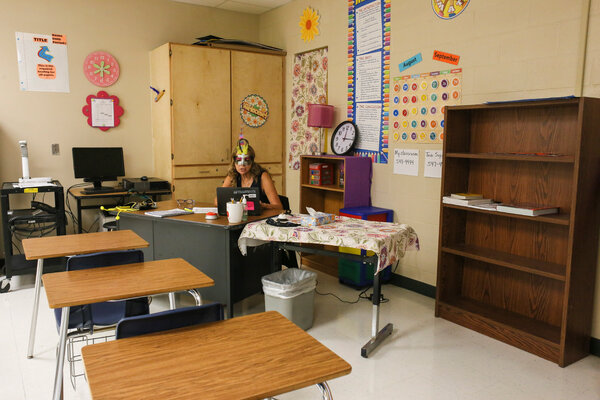 Across the country, students are regularly missing virtual class — especially students in poorer urban communities. Last spring, elementary school students in Seattle logged into the district’s learning portal less than half the time they were supposed to. At the start of this semester, only 65 percent of Baltimore’s students were logging in daily, according to Sonja Santelises, the schools superintendent.

That leaves educators in a bind. They’re trying to make sure students come to class, but have to walk the line between punitive and forgiving policies for regular no-shows.

“I’ll have kids gone for a week, pop in for one class the next, then miss the second class that week,” said Linnet Early, a social studies teacher outside St. Louis who has 100 mostly low-income students spread across eight classes, all online. “It’s hard to know what their struggles are, how to wrap your arms around it.”

Some students are finding online learning tedious and don’t see the point in fighting through the obstacles. Many, though, are missing lessons for reasons outside of their control.

“I have some students who I know are living across the border right now,” said Nicole J., a high school art teacher outside San Diego. A little more than half her class regularly shows up to online learning. “Another is watching her 2-year-old sister all the time — that’s incredibly hard, to get anything done. Some have gotten jobs and are trying to fit school in around their work schedule.”

Parents of 545 Children Separated at the Border Cannot Be Found