Uganda: At least 29 dead after boat capsizes in Lake Victoria

Police says overloading and bad weather are likely to blame for the accident, as rescue efforts continue. 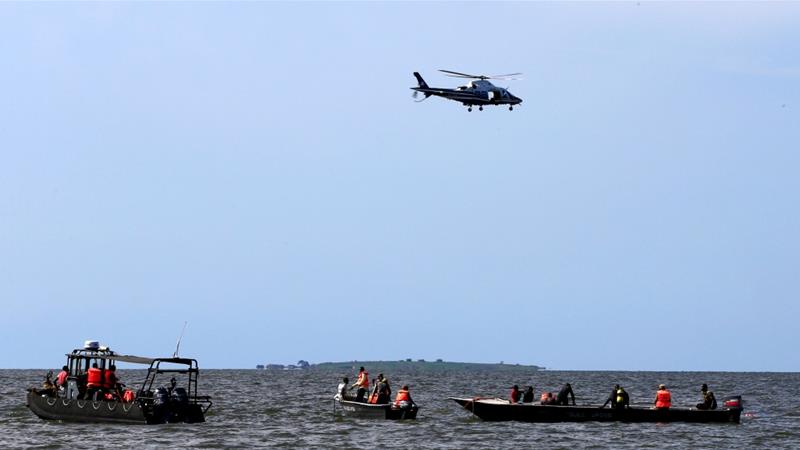 At least 29 people died when a boat capsized in poor weather in Lake Victoria near the Ugandan capital, Kampala, the country’s deputy police spokesman has said.

“The boat was overloaded and secondly there was bad weather,” Patrick Onyango told the Reuters news agency on Sunday, adding the boat was carrying 84 people. He did not say what the boat’s capacity was.

“Our rescue team is still on the ground trying to rescue whoever we can find,” he said.

“We recovered 13 bodies yesterday and this morning we have recovered 16,” police officer Zula Gannyana told the dpa news agency, confirming the death toll.

Authorities had said on Saturday at least 10 people had died in the latest deadly incident to affect passenger boats on Africa’s largest lake.

The boat is believed to have been on a routine weekend cruise that is popular among some young Ugandans.

Police said overloading and bad weather were likely to blame, adding that fishermen trying to rescue the passengers on the boat were among the victims.

Lake Victoria is the site of many boat disasters. In September, hundreds died when the MV Nyerere passenger ferry sank on the Tanzanian side of Lake Victoria.

With a surface area of 70,000 square kilometres, oval-shaped Lake Victoria is roughly the size of Ireland and is shared by Tanzania, Uganda and Kenya.

It is not uncommon for ferries to capsize in the lake and the number of fatalities is often high due to a shortage of life jackets and the fact that many local people cannot swim.

In 1966, more than 800 people lost their lives on Lake Victoria when the MV Bukoba sank off the mainland town of Mwanza, according to the Red Cross.