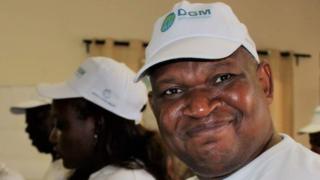 A group of elite Mozambican policemen have been implicated in the shooting of a prominent poll observer just days ahead of elections.

Anastacio Matavel was shot dead as he left an election training session in the southern Gaza province on Monday.

Five men armed with assault rifles shot Mr Matavel 10 times before fleeing in a car, which crashed during their getaway.

Two died in the crash, one was arrested and two remain at large, police said.

Four of the five men in the car were members of an elite police unit, known as the Rapid Intervention Force, authorities said.

Police have launched an investigation into the killing, which has heightened tensions ahead of next Tuesday’s presidential and parliamentary elections.

Human Rights Watch described Mr Matavel’s killing as “a chilling development that casts a dark shadow over the Mozambican elections”.

The group said serious abuses and acts of violence have been documented in Gaza province since the start of the election campaign on 31 August.